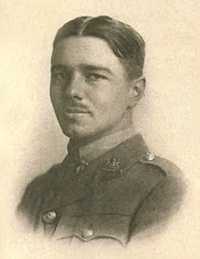 Based on poems and letters by Wilfred Owen

Presented in repertory with The Silence.

An additional performance of this production was held at the United Reformed Church, Rother Street, Stratford-upon-Avon, on 11th November 2018 to mark the centenary of the Armistice.

The production was subsequently recorded, and made available in 2020 as an online audio version.