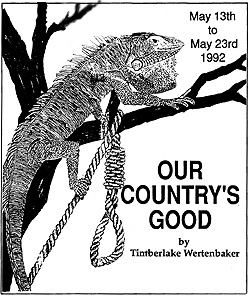 The roles of Liz Morden and Mary Brenham were shared by Mary MacDonald and Juliet Grundy, who alternated the roles at successive performances.