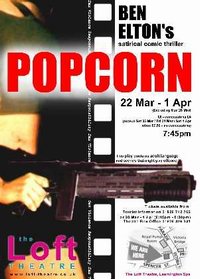 Although the amateur rights to Popcorn had not yet been released, author Ben Elton granted special permission for Gordon Vallins – his former A-level teacher – to direct the play for the Loft.